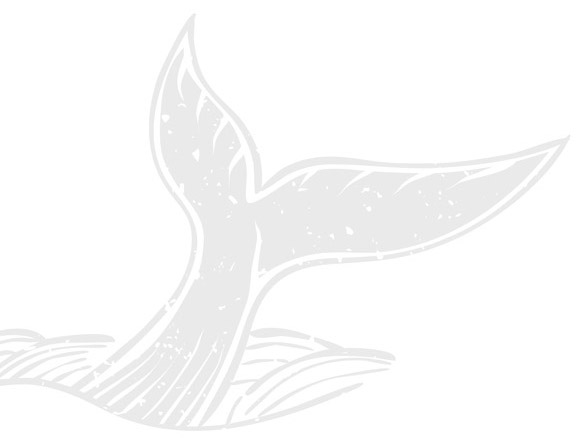 The history of the campsite Le Repaire in Thiviers

In 1994, the commune of Thiviers decided to create a campsite at the place called Le Repaire, a marshy area covered with poplars. Originally, the campground was to open only in the summer.

Five cottages were added a few years later, in 1998, as was the swimming pool. Since 1976, the city councillor and works manager has been in charge of following the works, and later on of managing the campsite. He had the cottage built for the Compostela pilgrims using funds freed up after the December 1999 storm. The lean-to, next to the technical room, was also built at that time with the help of young people in CES. The kitchen building is an old construction site bungalow that has been transformed. Later, the wooden part was added. This is how the camping site Le Repaire was founded in Thiviers. 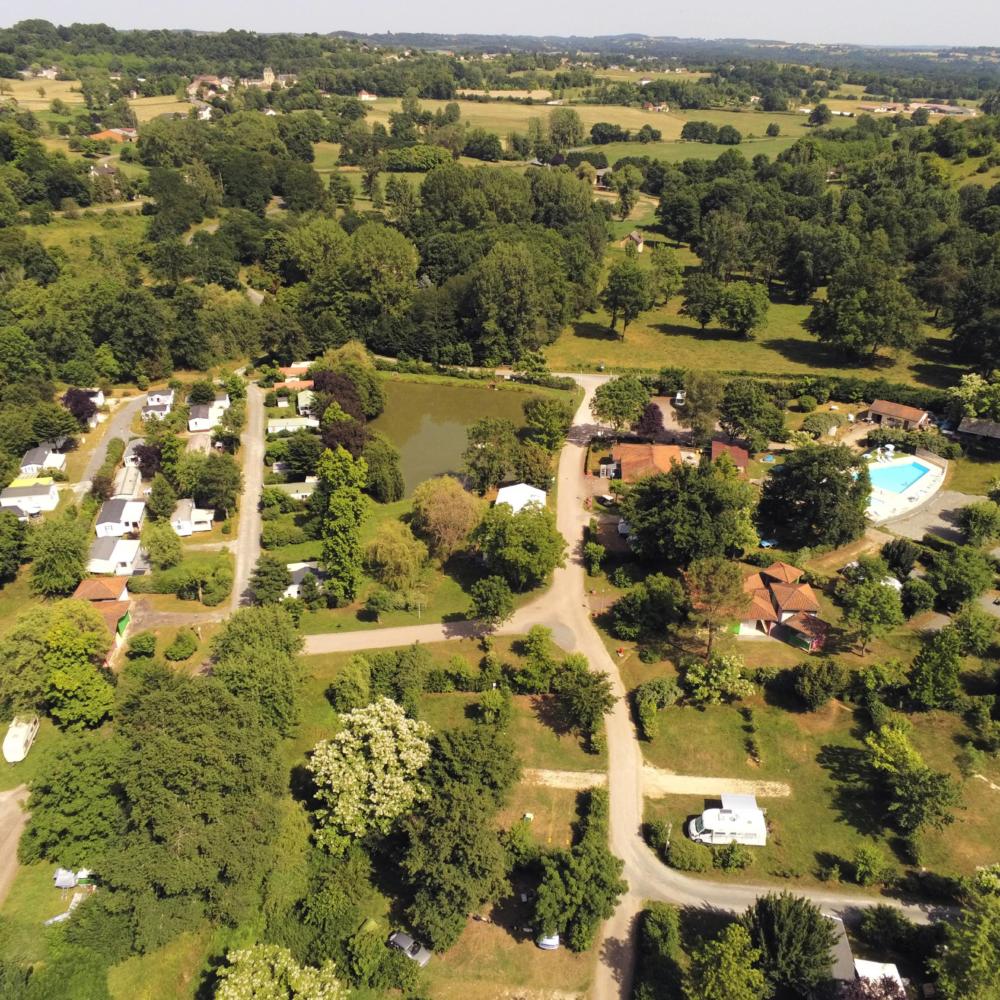 During the 2000’s, in addition to the municipal councillor, two people from the commune were employed on the campsite in Thiviers. In the summer, two young people completed the staff in addition to an administrative manager who took care of the reception. During the best years, the Le Repaire campsite in Thiviers welcomed up to 50 caravans in the summer, while the 10 chalets were rented for 8 to 10 weeks. The clientele was mainly French with many families who stayed 3 to 4 weeks. In May and June, the campsite was frequented by caravanners who made a stopover on the way. In 2010, the campsite was taken over by the former manager of Camping La Samaritaine, in the Ardennes. Unfortunately, the duration of the contract was not sufficient to cover the planned investments, so the City Council had to terminate the collaboration and the management contract of the campsite. 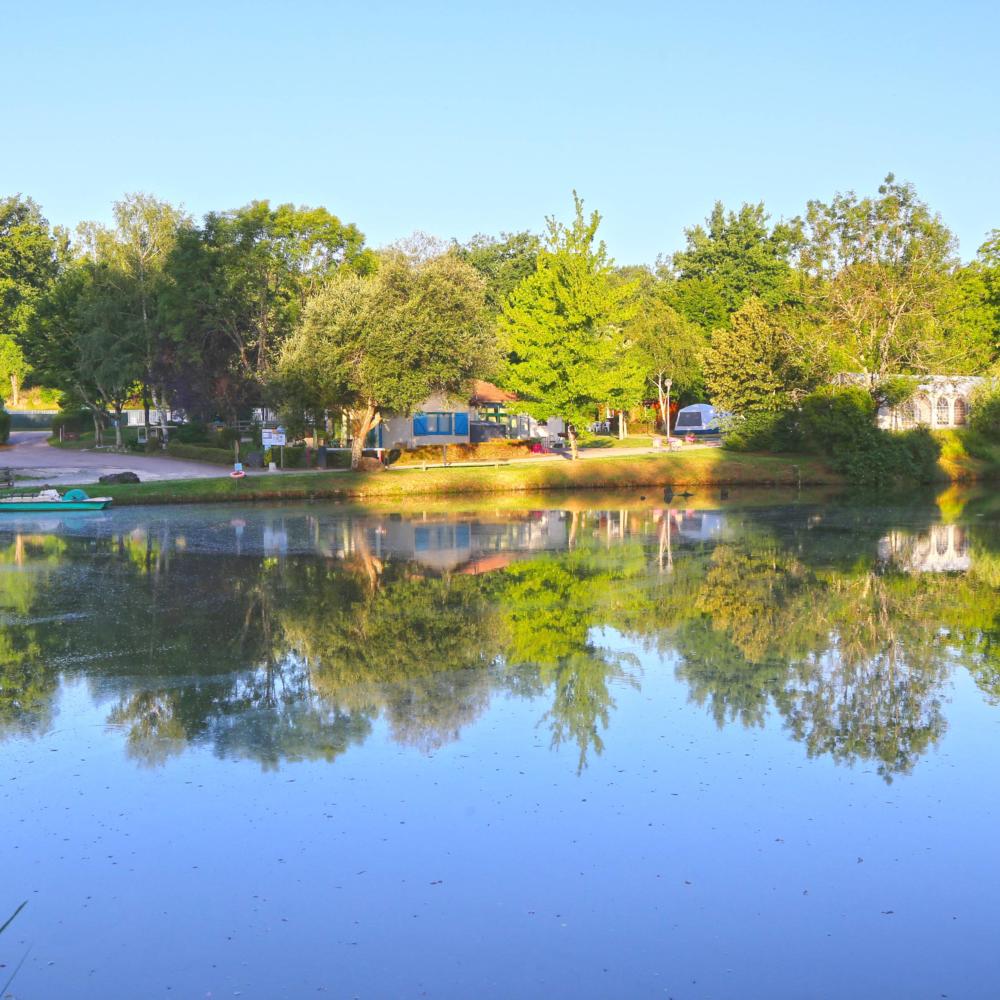 For the 2012 season, the members of the City Council had to decide on the future of the campsite in Thiviers. In order to compensate for the defection of the public service delegate, the municipality had taken over the campsite in municipal management, with the aim of ensuring the summer period with communal personnel.

As the continuation of this management method was not desired, its transfer was considered. The Council voted unanimously for the sale, and a compromise was signed on March 15, 2013, between the commune and the former leader at the time. Since January 2021, Céline THOUZEAU has taken over the establishment under lease management. 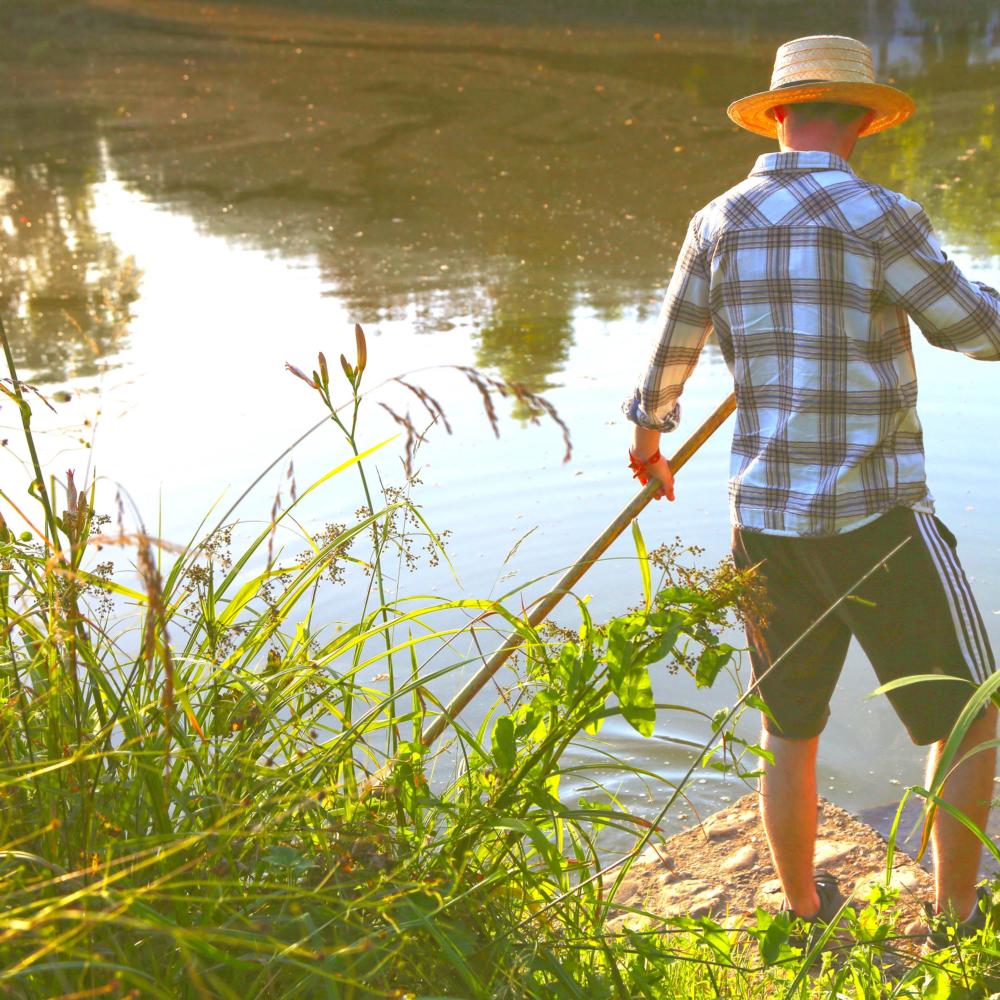 The accommodations of your campsite in Thiviers

Allow yourself a moment of calm and relaxation in our campsite in Thiviers. Enjoy the pleasures that nature has to offer while enjoying the ideal comfort of one of our rentals.

The 3 star campsite Le Repaire offers 108 shaded pitches, including chalets, mobile homes and tents. Whether you are a couple, a family or a group of friends, you are sure to find the right accommodation for you.

Discover the accommodations offered by our campsite Le Repaire in Thiviers. 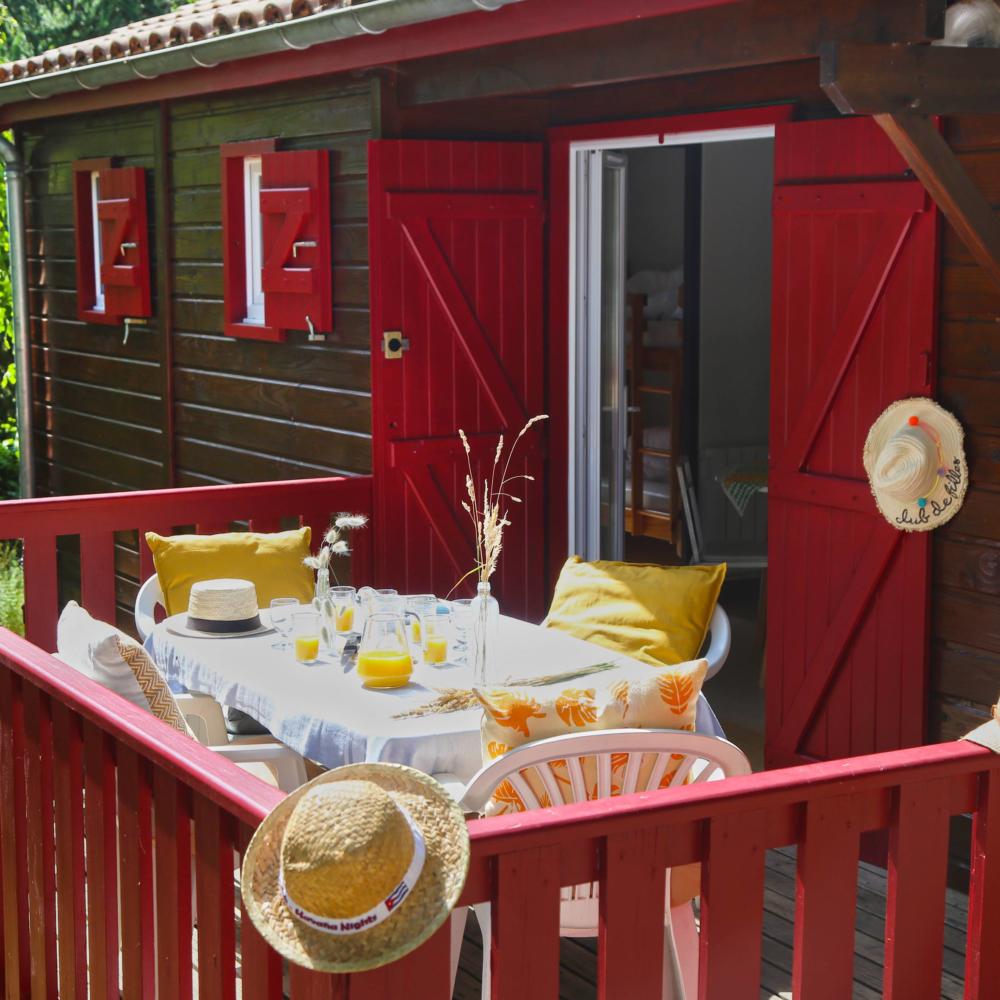 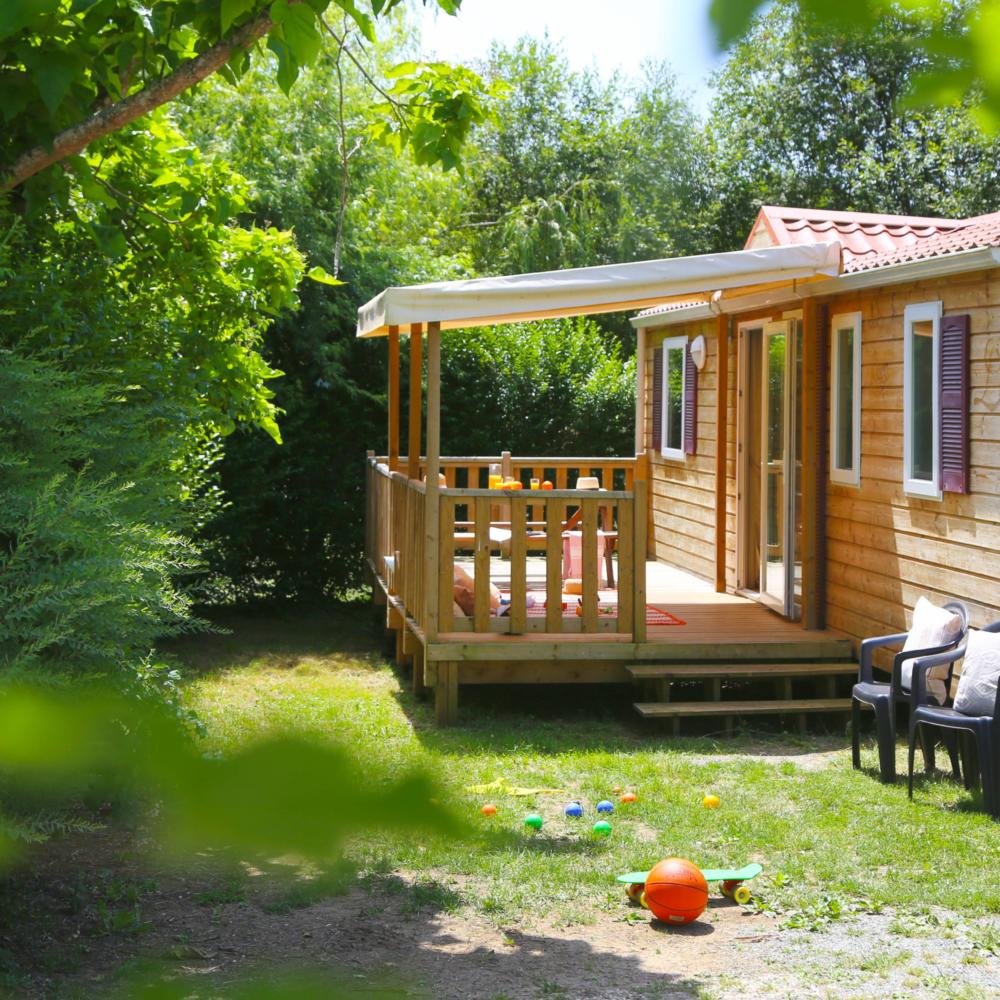 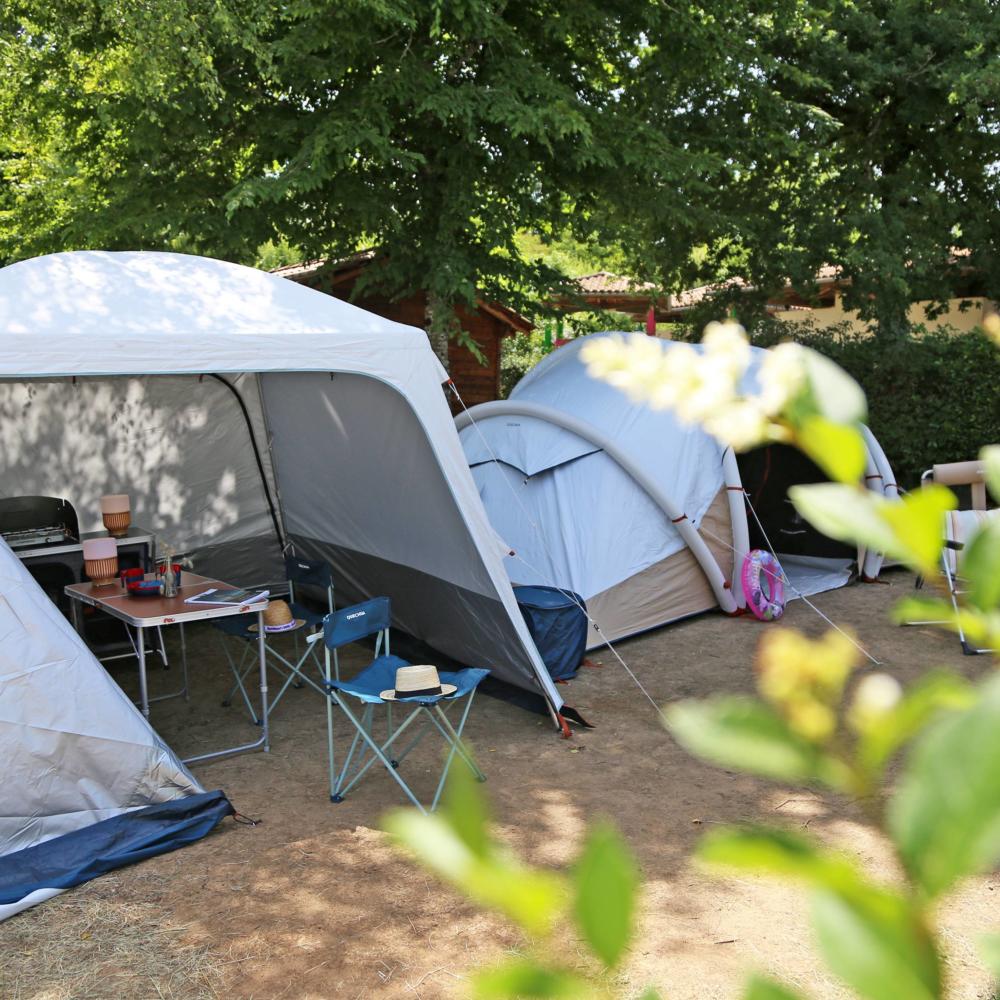 If you would like more information about your Le Repaire campsite in Thiviers, do not hesitate to contact us by phone at +33(0)5 53 52 69 75 or directly from our contact page.

Discover our campsite
in a few clicks... 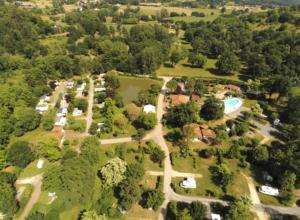 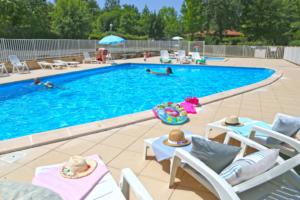 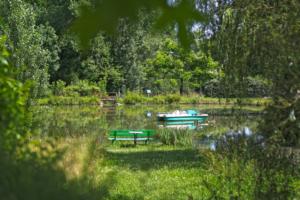 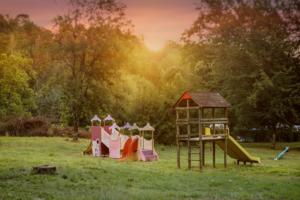 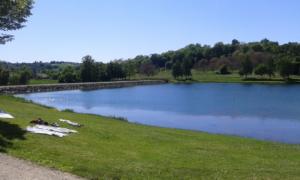 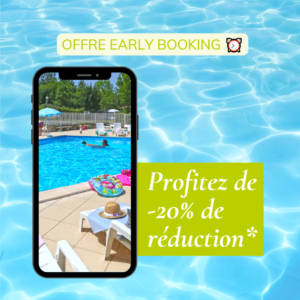